What a "Quant Jock" can do for your paid search profits

There's a new wind that's been blowing on the paid search management front and it stands to save people a lot of time in the way they manage paid search and produce considerably better returns in the process.

The change represents an evolution in paid search management systems. It sees technology and intellectual horsepower that was once the mainstay of hedge funds, trading floors and econometrics, applied to the volatile and now vastly expansive world of search marketing campaigns.

This type of mathematical approach is known in the financial trading world as the Quant Jock method. It comes from those very PhD's in the banks, who are doing those modelling calculations, often being referred to as Quant's or Quantitative Analysts. This breed of mathematics is now making its way into search marketing and stands to bring about a dramatic shift in the way that paid search campaigns are managed.

Although it's of no use to me now, I actually remember a time when you really didn't need much in the way of tools and systems at all to manage paid search. Back in 2000, I was an account director at Espotting (now Miva) and we were pre Google Adwords, and even pre Goto/Overture (at least in Europe). I remember helping this guy set up his account with, wait for it...40 keywords!

It seemed like a lot at the time. The most marketers had attempted at that point was to sponsor a few big obvious words to trigger a banner placement at the top of Yahoo's directory results. But now we had 40 keywords and the guy lamented to me about how he used to log in once a week on a Monday morning and spend 10 minutes or so checking and changing the bids, and how it was a chore. What we wouldn't do sometimes to experience that level of simplicity again.

Unfortunately no amount of reminiscing is going to bring back those days. Today, we manage millions of keywords for our clients, on as many as 9 engines and contextual networks at a time, and have to ensure clients keep up with the Jones's dozens of times a day.

Fortunately, the Quant Jock method (here at Greenlight at least) has changed the way we manage paid search for the better. It has made the heavy lifting and mathematical analysis needed to get the best ROI from a campaign a far quicker, more accurate and more reliable process, resulting in better returns all round.

But before understanding what the math oriented Quant Jocks method brings to ROI, you'll need to know what it replaces.

The manual approach
The first camp believes you can't get better than a hands-on, sleeves up approach to getting to know your campaign and your marketplace. Some people are tempted to dismiss this outright, but there's a lot to be said for tacit knowledge and that instinct in the ability to know when something smells right and when something just feels wrong.

The problem is it's just not scalable enough. As campaigns grow in scale and complexity, they become harder to get to know because there just isn't enough time in the day to get around it, remember it and work with it. So eventually those manual workers do what all humans do and silo themselves into their comfort zones, working with what they can see - leaving the minutiae, subtlety and granularity of their campaigns to tick along unchecked.

Rules based tools
Camp two is the rules based tool providers, and there have been a lot of them, from Go Toast (now Atlas) to Bidbuddy, to Dart and many more. Rules based tools were originally intended for use in the transparent markets of Overture, where ads were ranked solely on the basis of the advertisers' bids, and where the bids of all advertisers were placed publicly for all to see. It was therefore easy to understand the relationship between the bid and the resulting ad position. The notion behind them is that based on your desired end goals, and a large amount of analysis in excel pivot tables, you could devise and create a cost controlling framework. This would take the form of bid rules that would allow you to set a price ceiling, bid increments, positional targets and such like in these systems; and then let the tool scan for gaps and opportunities, evoking the rule sets as it went along.

Layered rules
A third camp made a more recent and late entry into the game, with a more advanced take in the form of layered rules. These gave the search marketer a way of building rules on top of one another, allowing them to use one style of rule in the case of a series of criteria being met, or a different rule in the event of it not being met. This allowed a way of managing the complexity that was emerging in using rules to manage volatile and often disparate bodies of data, where for example, multiple rules could be used subject to there being enough click data to justify them.

Omniture sat neatly in this camp and as rules based systems went, (and we experimented with a lot of them) it appeared very promising. These tools all enjoyed a considerable reign, but the idea of 'set it and forget it' was oversold and undermined by a series of problems.

Problem 1 - setup
Firstly there was the setting up. The problem being that the amount of setting up required before you could even consider forgetting it required so much rule building that few marketers (agency and client) ever got to the point of a comprehensive rule set that was tailored to each fragment of their campaign. I should know, we tried hard enough. For most, the time investment of defining and maintaining hundreds and even thousands of rules was so vast and frankly alarming that it was far easier to build a few simple rules and apply them in a top down process of control. This approach however only scratched the surface and put everything else in buckets beneath it to be managed to an average.

Problem 2 - opaque marketplaces
The effectiveness of rules based tools also suffered heavily after the advent of minimum bid discounting, which eliminated a lot of bid gap opportunities. The tools were then all but undermined by the movement to opaque marketplaces as seen today on Google, Yahoo (Panama) and Microsoft's adCenter.

Ads are now ranked based on both the bid price and the click-through rate (CTR). Neither of these are viewable for the people you are trying to outbid. Google's quality score extends this concept even further by including the quality of an advertiser's landing pages and ad copy when calculating an ad's rank.

In an opaque marketplace advertisers must predict the relationship between the bid, position and actual cost per click (CPC) before placing a bid. Accurately estimating this requires the intelligent use of historical data together with mathematical predictive modelling. To bid effectively, the advertiser must understand the bid landscape - utilising the data and predicting the resultant ROI in a timely manner, to soften the effects of volatile markets and CPC inflation.

The math chore returns
To achieve this level of insight means a math problem on an epic scale. The marketer or bid tool needs to work out what the bid prices should be set at, given their likely position achievement and resultant delivery and yield. In fact, modelling the yield on 3000 keywords, across 3 search networks, differently matched and targeted towards 2 different landing pages, each evaluated within each point 10pence/cents range requires over 1.2 million calculations. A chore indeed!

This requires a whole infrastructure devoted to mathematical modelling and is something that these systems have all historically lacked. In fact it's been down to the marketer to do the modelling and then build the rules framework in the system to deliver the model. This mathematical strain on the marketer is what the Quant Jock method seeks to alleviate.

The Quant Jock method
Instead of using grey matter and spreadsheets and then pre-programmed rules, the Quant Jock method builds vast mathematical learning algorithms. These algorithms are designed to mine through and interpret the historical performance data of a campaign and then use the findings to understand the relationship between the multitude of campaign variables and return on investment. In doing so, this method can remove many of the 'parasitic' elements that are inherent in a  search campaign and are too small to see individually, but cumulatively add up to a considerable ROI wastage.

This data is then used to build predictive models, of what will happen based on specific bids and budget allocations, being assigned to specific keywords, at specific times, days, engines, creatives etc. This can then be married up with specific ROI targets, to allow the system and campaign managers to understand what bid strategies will deliver optimum returns.

All of this runs in stark contrast of course to the previous methods that had the marketer attempt - imperfectly - to do the math chore. Something that consumes inordinate amounts of time to even scratch the surface of, leaving much of the work undone and being largely redundant once completed because the world moves on in the lengthy time it takes to do the analysis.

The Quant method handles this, computing the millions of possibilities in minutes, to execute a more refined and better returning campaign. This leaves the marketer free to use their time and grey matter to work on things like keyword development, campaign structure, integrating search more tightly with the organisation's business processes and other marketing activities, not to mention multivariate testing or general business development. This leads to further indirect improvements too, shortening and steepening the growth curve considerably and resulting in impressive results.

Learn more
You can actually learn more about the Quant method by tuning into our upcoming free webinar on April 16th, during which we'll be discussing how to use this, amongst 5 key ways to maximise profits in the current paid search climate. Whatever you're spending on paid search, however mature or developed your campaign is, this webinar will cover Quant methods and also a number of essential and largely untapped techniques and processes that you can use to develop more sophisticated, effective and profitable paid search campaigns. 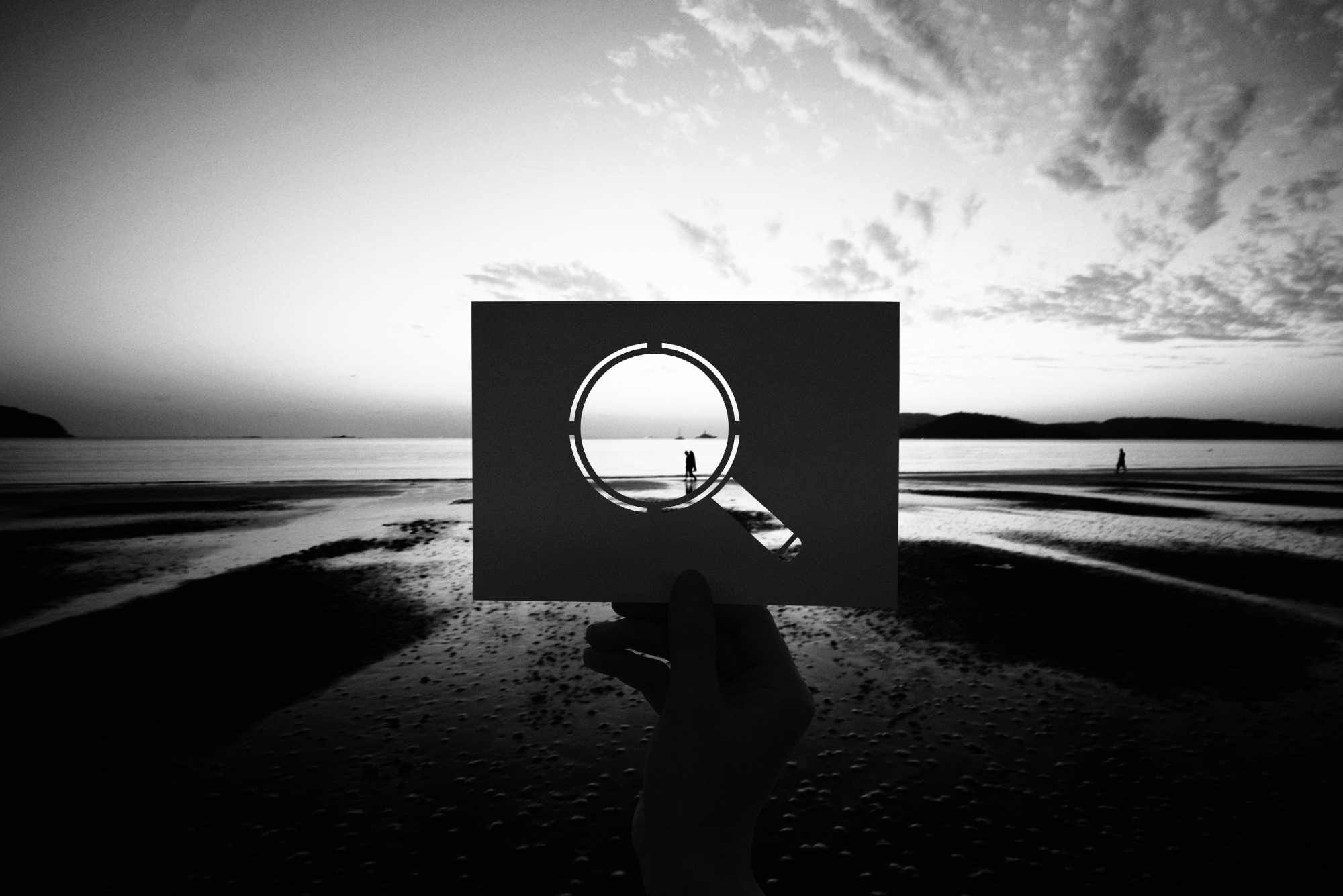 When operating in challenging times, the demand for greater returns and efficiencies increases, and this is especially true for paid search. In...

The History and Evolution of Paid Search

The History and Evolution of Paid Search Paid Search has come a long way since its "official" inauguration back in 1996. Of course, paid search has...