And also why copywriters will never go out of fashion.

One of my favourite quotes about history comes from Mario Puzo's The Godfather. History can teach us a lot of things and treating the past as dormant is incredibly unwise. How else can we learn and relearn. Placing digital into the historical abyss might seem like an anachronism, it's so 'here and now', but content marketing especially owes its origins to the forward thinking people who worked in print a couple of centuries ago. The web page pales slightly in comparison to these great pieces of early, offline content marketing.

And what can we learn from them? That a good idea, coupled with real goals and genuine use can prove to be nothing short of brilliance. I particularly like looking back at the history of content marketing because it showcases the power of good copywriting. 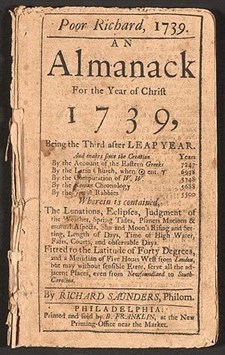 'Poor Richard' was the pseudonym of inventor and publisher Benjamin Franklin. Ironic really as these annual almanacs earned him economic success and prolific awareness. Considered a collectable, one of the genuine appeals of the almanac was the serial format Franklin adopted, a technique today's savvy content marketers use in order to maintain engagement. Drip feeding story lines to your audience on given days is a tried and tested winner thanks to early content producers like Franklin. The material he included in his almanacs was a mixture of weather, practical 'how to' pieces for the home and amusing, witty wordplay. 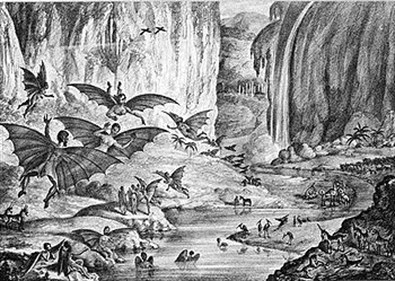 This is one of my favourites because of the audacity of the entire thing. The Great Moon Hoax was created by New York based newspaper The Sun who said that life had been found on the moon. They produced lithographs detailing the wild rivers, beaches, prehistoric type creatures and amazing waterfalls that supposedly sat on the moon and published them in a series of six articles. This is a real lesson in how to develop an audience. The circulation figures for The Sun went from less than 10k before the hoaxes to over 30k two years later, kick started by these inventive 'lunatic' pieces which saw an almost immediate doubling in the paper's circulation.

Lesson: Story is everything. 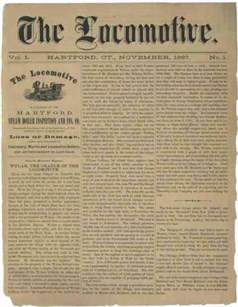 Another great print piece is The Locomotive, one of the first ever magazines to be made by a company for promotional purposes. The Hartford Steam Boiler Inspection and Insurance Company created these short magazines to provide their readership with technical information that would help them problem solve and manage operational risk. An early handbook, if you will. Written purely for a specific industry audience, what better way to keep them engaged in your goods and services than providing top notch, useful information that will help them improve their own efforts. 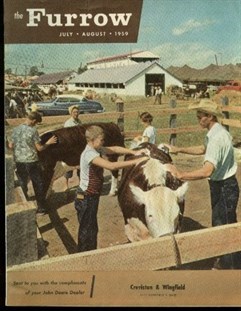 For those who don't know about The Locomotive, The Furrow is often considered to be the first custom made magazine. That is, a magazine created purely for a niche audience. In this case it's farmers. John Deere's plantation creation is still in circulation today (as well in online format) but was first designed in order to help those who farmed for a living make a profit on their wares. The magazine was an immediate success as Deere took a fairly unmanageable subject and made it digestible. No turds here!

Lesson: Define and create for your audience. No matter how niche. 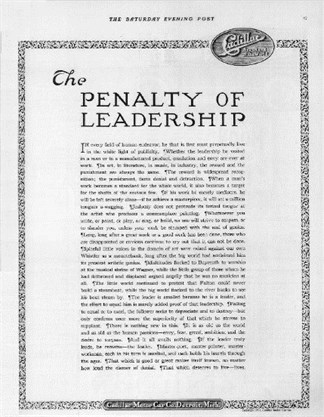 Oh Theodore McManus, how you've won my heart. Easily my favourite piece of early content marketing, Theodore McManus, who worked for General Motors, created something of a gem in order to help the company save face in an early twentieth century automobile hash up. Packard Motors, a rival to General Motors, released a six cylinder engine car, the first of its kind. It received rave reviews and Packard were positioned as top dogs. General Motors, not to be outdone, released an eight cylinder engine Cadillac. Unfortunately it short circuited and was a considered a complete failure.

General Motors stepped up and asked one of their advertising fellows, Mr McManus, to respond. He created a piece called 'The Penalty of Leadership', a rip roaring advertorial (completely unbranded) that was printed in the Saturday Evening Post explaining the perils of being an industry leader. Such was the quality of McManus' argument, General Motors' reputation was saved. Here's the first line:

"In every field of human endeavour, he that is first must perpetually live in the white light of publicity. Whether the leadership be vested in a man or in a manufactured product, emulation and envy are ever at work."