The end of clickbait

"This hero proposed to his wife in an amazing way, you won't believe what happened next…!"

"Here's the secret to nailing the perfect dinner party that will change your life."

"The one trick insurers don't want you to know about that will save you thousands."

If you follow any content publishers or brands on social media, you're bound to have been bombarded with content using clickbait titles similar to the above at some point, but you may also have noticed they've become less prominent in recent months. This is due to both a shift in publishers' thinking on the function of content, as well as its relationship with its audience (which incidentally coincides with a decisive effort by the sharing platforms to discourage such content). 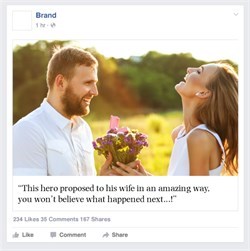 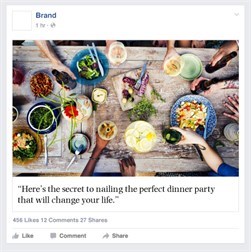 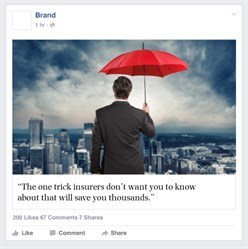 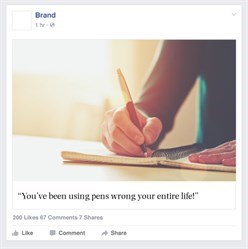 It's hard to say exactly when this trend first started, but it came to a head last year when Facebook - who had once favoured clickbait headlines in its News Feed ranking algorithm - began a series of measures to ensure clickbait headlines were punished and became less prominent in newsfeeds.

It's easy to understand why the trend started; readers became their own worst enemies when it came to rewarding sites using clickbait tactics by eagerly clicking the titles, and then being served more clickbait in the footer or sidebar and clicking on those too. These articles were then shared heavily on social media, and traffic levels spiked. By the same token, it's also easy to understand why brands embraced this new model, which seemingly rewarded a low-input, high-impact creative model and required less investment for higher shares and traffic - it was a sure-fire way to get the results brands wanted, fast.

The backlash is now in full force, however. Writers have been burned by this type of content before and readers are starting to recognise it for what it is - to such a degree that a Chrome extension has recently been formulated to recognise clickbait headlines and replace them with more honest alternatives in real-time. Algorithmically, channels like Reddit, Facebook and Google are leading the charge on stamping out clickbait titles by attributing greater focus on aspects such as bounce rate or time spent on site, to help them decide the best content for readers to be served.

In order to see what the future of content might look like and what publishers and brands should replace it with, we need to look at two of the former trendsetters in the world of clickbait. Buzzfeed and Vice operate at opposite ends of the spectrum when it comes to target audiences and type of content served, but both embraced the clickbait model with gusto, which has allowed them to establish huge empires that control audiences of millions. Any fans of either platform will have noticed a gradual shift over the past year in terms of the content they publish, as well as how it's being targeted. Both have remained at the forefront of topical news and trends, whilst also serving well-thought-out and researched longform pieces (both text and video) which have had less of a broad appeal and been more targeted (both geographically, as well as by audience taste and type).

Targeting niches and producing well-researched and useful content has been the mantra of content marketing for years, but it seems that publishers have finally caught up with that message, and brands are surely soon to follow.